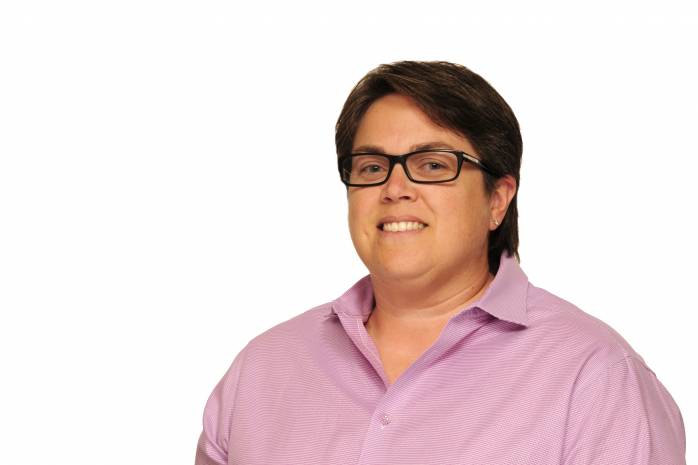 Point B is honoring Seattle’s Carrie Carson with the prestigious Blue Standard award. Carrie jumped into a healthcare project with no previous experience and landed on both feet. She went beyond expectations in her role in exuding excellence in leadership through client service for one of Point B’s key clients.

When Carrie joined Point B in November 2010, she wanted to bring change that would help clients. She had experience with the retail industry but hadn’t worked in healthcare, but nevertheless, she managed to wow her team and the clients on the project.

Carrie was extremely dedicated, and went above and beyond in her role during the two year phase of the project. Carrie’s initial involvement four years ago was to find a way to translate the client’s very complicated order sets into their electronic equivalent. She continued on this path for computerized physician order entry (CPOE) to the tune of managing the creation of over 1,000 order sets. This included oversight of one of the only oncology centers to successfully build and use research protocols.

With the completion of the project, the client now has access to important data to help decrease the timeline for curing diseases.

Carrie attributes her success to the team because they supported her every step of the way, but her team would probably argue that Carrie’s expertise by the end of the project was a result of her incredible commitment and hard work.

“To understand Carrie’s total impact on the client, it’s important to put into context her many roles. Although Carrie wasn’t a technical architect, her understanding of how the system and workflow combined to create optimal user experiences was unparalleled,” Kurt Knaub, fellow Point B colleague, described on behalf of the whole team.

By the end of the project, Carrie was considered the expert to discuss any system issues before triaging them to a more technical resource.

It’s hard to believe that Carrie had no healthcare experience prior to this project. In fact, a few days before she started, Carrie prepared herself by reading everything that she could to learn about the client, healthcare industry, buzz words and pain points.

Kurt said that Carrie was only one of the few people who could effectively communicate with physicians when others couldn’t, she was also known as the “physician whisperer.”

Being the kind and generous person that she is, Carrie not only brought treats to brighten people’s days, she would also take time to know her clients on a personal level.

“Asking providers about their personal lives goes a long way; taking an interest in who they are and what they do other than cure cancer and help patients,” Carrie said.

What clients enjoyed most about working with Carrie was her extremely collaborative nature even in tough situations. Carrie would find other ways to solve problems while trying to meet requirements.

“She’s dedicated to developing people. Carrie would consciously work to help them develop different areas,” a client said of Carrie’s devotion to helping her colleagues and clients.

She was part of a team effort that helped the client achieve success and improve the lives of many patients. Carrie said that having a team that worked so well together where everyone was willing to step up and help out was an amazing thing.

Teammates could always count on Carrie to get something done, and you didn’t have to think twice because it’d be done in a brilliant way. Throughout the entire project, Carrie remained the most positive team member and heart of the project.